This was Philip Hammond's third budget, and the second to be delivered in the autumn.  This was the last planned budget before the UK's exit from the European Union in March 2019 so there was some uncertainty about the future.

This report covers the main changes to taxes and their effect on most people.  It is not intended to be a complete definitive guide to the budget.  All figures are approximate.  If you are looking for a definitive guide then you should try one of the 'Big Four' accountancy firms' websites, or the Financial Times. Alternatively you could try the official budget pages at HM Treasury.

This budget followed the Prime Minister's speech a couple of month's earlier at the pary conference where the end of austerity was heralded.  In the author's opinion this budget didn't go quite that far, but there was certainly a relaxation.  One again there appeared to be little in the budget of significance for clients of accountancy firms. There was plenty in the way of economic forecast figures, but few policy changes that need any input from taxpayers, and many of the changes had already been announced in previous budgets and manifesto commitments.

This report does not discuss changes to fuel, tobacco or drink duty. There's plenty of commentary in the press without us joining in!

The summary below includes announcements from the budget, but also includes changes announced in earlier budgets as these affect the tax system for 2019-20 and later.


The following income tax changes have been announced:


There were no changes announced to the taxation of dividends. The rules from April 2018 therefore remain as:


There were no changes announced to the taxation of savings. The rules therefore remain as:


Previous announcements that Class 2 National Insurance (paid by the self employed) will be abolished from April 2019 have been put on hold.

No mention was made in this budget of the Chancellor's flagship policy from the March 2017 budget of increasing Class 4 National Insurance. (This policy was hastily cancelled a few days after that budget).


There were no changes to corporation tax.  Therefore the following brief summary is still the position.

The indexation allowance on capital gains within companies ceased from 1 January 2018. Gains after that date will be given the allowance up to December 2017, but not beyond then.

The amortisation of goodwill purchased after 8th July 2015 will not be allowed as a deduction against corporation tax.

The Chancellor announced in his 2018 budget that a new Digital Services Tax will be introduced, aimed at large technological companies.


From April 2017 individuals working through their own company in the public sector (defined as government departments, education institutions, the police, and bodies such as the British Museum, BBC, Channel and Transport for London) have had the responsiblity for paying the relevant tax and national insurance (calculated under IR35 rules) moved to the public sector employer.

These rules will be extended from April 2020 to individuals working through their own company in medium and large companies.


In his July 2015 budget the Chancellor set the Annual Investment Allowance (which has varied enormously over the last few years) at a "permanent level" of £200,000 from January 2016.


The Capital Gains Tax rates remain unchanged at 20% for gains made by higher rate taxpayers on non business assets, and other gains are taxed at 10%.  However gains made on residential property remain at the old rates of 18% and 28%.

The Chancellor announced a change to the qualifying rules to entrepreneurs' relief.  With immediate effect the releif can only be claimed by individuals holding at least a 5% interest in both the distributable profits and the net assets of the company.  Additionally, for disposals after 5 April 2019, the individual must have hald the asset for at least 24 months (currntly 12 months).


The July 2015 budget announced that an additional £350,000 family home allowance will be phased in over four years from April 2017, taking the total allowance for a couple to the promised £1m.

In 2013 a new 15% rate was introduced on properties costing over £½m purchased through a company.

From April 2016 an additional 3% is payable on the purchase of second homes.


There was no change to VAT rates.


In recent years there have been a a number of announcements which are seen by landlords as a direct attack on them.

This ontinued in this budget with the Chancellor announcing that lettings relief (a capital gains tax relief) would only apply if the owner has shared occupancy of the property with the tenant, and the final 18 month exemption would be reduced to 9 months.


There were no changes to the high income child benefit charge.

The main excitement of this budget was the early increase in the personal allowance, and the higher rate tax threshold.  Changes to entrepreneur's relief are likely to affect few people.  Time will tell whether an additional budget will be announced for the Spring of 2019 once we (and the government) know the result of the Brexit negotiations. 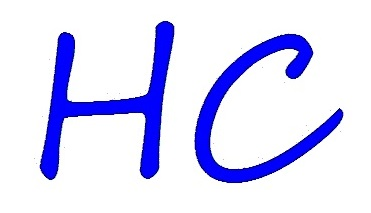 We have reopened our office to staff, but sadly it will be some time before we are able to offer face to face meetings. You can still speak to us over the telephone, email us, or video call using Zoom.
3 August 2020


The off payroll working rules have been delayed until April 2021 for small businesses.
18 March 2020


We now offer consultations over Zoom by appointment.
6 March 2020


Corona Virus - Please do not come to our office if you are unwell as it may cause offence if we refuse you entry.
5 March 2020